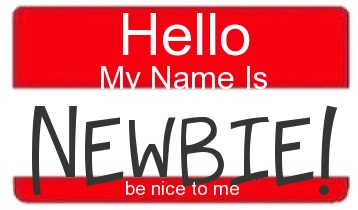 Years ago, I was playing clarinet, oboe, flute, and sometimes saxophone in the worship team in my church. I loved showing up for rehearsals on Wednesday evenings. I loved the Sunday morning get-togethers and joining in on worship with everyone at 9:30 a.m. We had a pretty big band including two guitar players, a fantastic young drummer, a worship leader that played piano, a bass player, three or four singers, and little old me adding to everything with my dulcet tones. The group was steady and we had great fellowship.

All of a sudden, the associate pastor (who was also the worship leader) and one of the guitar players came up to me and said, “We think you would be a great worship leader.” The first thing I checked was the date. It was not April 1st, so I waited to see what came next. It turned out they were serious! She told me to think it over and come and talk to her during the week.

After a few days, I went into her office. I was excited and nervous. I didn’t know what being a worship leader actually involved. I didn’t even know how to play guitar (which I wanted to learn in order to lead). I had some time to pick her brain when I first started, but that didn’t last long. Very soon, she and her husband were moving to New England. I was now on my own. I had some direction, but I had to figure a bunch of stuff out on my own. I enjoyed doing it!

I know that there are some folks out there that are in the same boat right now. I want to take a minute to tell you the key things that I wish I knew when I was starting out as a worship leader. Read these and let me know what you think.

Your worship team is a small group

At my first church, a lot of individual growth happened in small groups. When I say “small group,” I’m talking about groups of 5-15 people who meet outside of regular church service times. In the small groups, the members can fellowship, have Biblical discussions, or just enjoy life together.

When I was first in the group, we went to a Desperation Band concert as a group. That was fun! We all got to stand and worship together without our instruments and microphones. It was an amazing experience! Due to the unpredictability of health at home, I haven’t really been doing this much. But here are some things that have helped the small group grow:

What does this all have to do with leading worship? A very wise friend of mine once told me, “being a worship leader is like shepherding your own little flock.” What did he mean by that? You become a pastor of sorts as a worship leader. Your congregation is your worship team. Don’t let this scare you! It just means that you need to be of a mind and heart of love towards them–and to keep them connected with the One we all serve.

People get burnt out 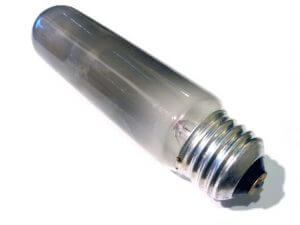 This was a hard point for me to learn. The people who were part of the worship team when I joined had been a part of the group since before I even thought about going to the church. They started the band, they started the contemporary service, and they saw the service move from Thursday nights to Sunday mornings at two different times. When I started leading everyone, it seemed the people were dropping out of the band left and right.

I took it personally at first. But, then, I realized that the same group of people had been giving up their evenings and Sunday mornings for years. Some of their job situations were changing. Some of their family situations were changing. And others were moving on to other churches. Was part of this because of my different style in leading? Probably. But, I really didn’t know much, either.  Knowing what I know now, I could have handled things a lot differently. Here are some things to consider:

We put so much energy into the planning, maintaining, and building of the group that we sometimes lose sight of these things. Always try to be mindful of their time and their needs.

Be mindful of time

In my beginning days as a worship leader, I was such a perfectionist. I wanted everything orchestrated a certain way, and we would go through songs multiple times to get it all right. I didn’t really have a time budget for the rehearsal times.

It wasn’t until one late rehearsal when I heard someone say, “four hours is a bit much” to another band member. They weren’t happy! I didn’t realize that it was that late! We started rehearsal at 6:30 p.m. and it was after 10! No one can understand how absolutely horrible I felt that day. I also wondered how often I had long rehearsals like that.

I’d advise you to practice a few points of time management. There are more things to think about, but these three should get priority:

There are several resources that we will discuss in later sections. There are GREAT worship leader tools like planning center online, Abelton, SongShow Plus, and CCLI that will make your job easier, more diverse, and more interactive. Learn what these are NOW so that your headaches and creative mind can flow at the start. What other resources do you use?

While these are just a handful of things I wish I knew when I first started as a worship leader, I know that there are others I’d like to share with you. I love what I do and I love everyone on the worship team! What are some things you wish you knew? Please comment below!