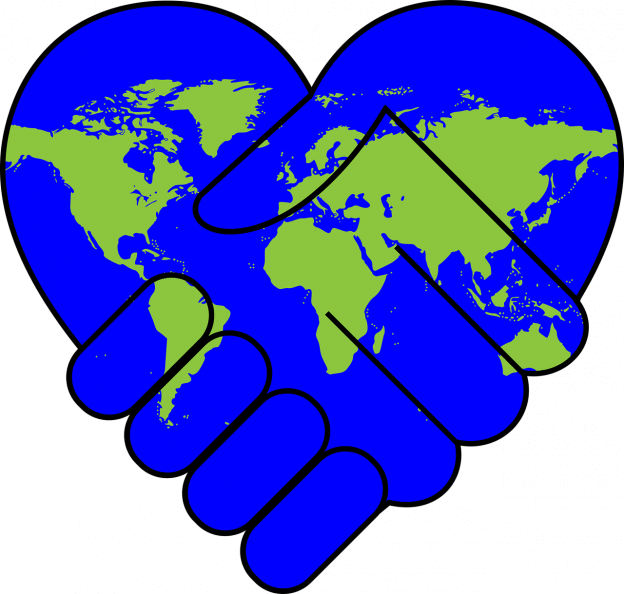 All my life growing up, I have always heard that there a few things that you never talk about in polite conversation: politics, religion, and sex. If you mention two of those in a single conversation, then it’s really a bad thing! I’ve done my best to not talk too much about politics and sex, but religion is something I have a different stance on–but not what you may think.

What we talk about on this site is not religion. It is to a point, but not how most people see it. Dictionary.com defines religion as:

a set of beliefs concerning the cause, nature, and purpose of the universe, especially when considered as the creation of a superhuman agency or agencies, usually involving devotional and ritual observances, and often containing a moral code governing the conduct of human affairs.

I think this is how the world sees Christianity.  I think it’s only mostly true. There are a lot of words in that definition that almost make me cringe–as their meanings miss the mark. For example, “creation of a superhuman agency” doesn’t strike me as accurate at all. It’s almost as the writers of this definition are saying that a religion thinks that S.H.I.E.L visite site.D. created us. Or Dr. Xavier has somehow kept our mutation a secret. (if you don’t understand these references, watch any Avengers or X-men movie).

Other definitions define religion as something someone believes in, ritual practices, and everything like that. Those are, again, mostly true. However, they are not exactly accurate for Christianity. While Christianity can be seen as “a” religion, it certainly, to me, isn’t “religion.”

Christianity is a relationship. Christianity isn’t just belief in a superhuman agency or agencies, it is a relationship with Jesus as related to scripture. Of course, to those on the outside of Christianity that read this statement, it sounds like some kind of crazy talk. However, that is because they haven’t experienced it, or have written it off as, as some would put it,”an absurdly fictional religious superstition.” Some past atheists have thought this and investigated it. Lawyers like Lee Strobel even spent a bit of time trying to disprove it with evidence. In the process of trying to disprove, they found overwhelming evidence that the scriptures were NOT fictional.

However, when it comes to politics…

I know a number of people from all experiences in all religions who lose their heads when it comes to politics. If someone doesn’t believe the same way one person does–that person may lash out, call names, and/or label that other person. For example, on social media, Person A thinks that global warming is melting arctic glaciers. Person B doesn’t believe in global warming. So Person B calls Person A a “Liberal.” I’m not sure if that’s the correct label for the situation, but you get the idea. Then with the label of Liberal (in this example), there’s the connotation that that person has “bleeding heart,” is uneducated, and “probably voted for Obama.”

Person A then strikes back, “I’d rather be Liberal than a pompous, bigoted, intolerant conservative…..yadda yadda. Then the one starts deciding that the other has a mental disorder. Then the other will find an article that agrees with their beliefs but leaves out other facts. It will continue back and forth, but neither one really acknowledges that disagreement on one issue doesn’t make that person less of a person. Belief in one thing will cause one to automatically have a list of characteristics put on him or her. Labels–they never really serve us do they? Where’s the love in all that?

Yes, I’ve seen this a lot lately. Little exchanges like the one above (well it started out as little) blow up. Then, people who have been friends for months or years are unfriending each other. One may be fired up enough to suggest to all of their social media friends that “If you believe this, unfriend me now.” What?? This is how ridiculous this sounds to me:

You: We have a lot in common.

Me: Yes we do! I’m glad we’ve been friends all these years.

You: Ready for that Pentatonix concert?

Me: Absolutely! This will be the 3rd one we go to together. I’m gonna wear my brown jacket this time, though.

You: I don’t like the color brown. It grates on me.

Me: (on social media) Anyone who hates brown, unfriend me now!

Now, this may seem a bit ridiculous, but it really is! Here are some things to remember, though.There was a point in the Book of Mark where a leader asked Jesus what the most important commandment was. Jesus responded: 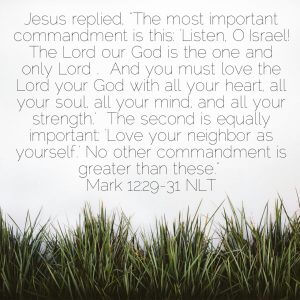 29 Jesus replied, “The most important commandment is this: ‘Listen, O Israel! The Lord our God is the one and only Lord. 30 And you must love the Lord your God with all your heart, all your soul, all your mind, and all your strength.’[a] 31 The second is equally important: ‘Love your neighbor as yourself.’[b] No other commandment is greater than these.”

So here’s my question: If our most important commandements as Christians are to love God, and to love our neighbor as ourselves, why are we showcasing hate in defense of our personal beliefs? Why do we use scripture against those who are against us? This is NOT what God called us to do.

While I’m on the topic, remember that the Bible DOES tell us to respect for our elected officials (Romans 13). I’d go even as far as to say to pray for them. Who ever gets elected, even if it’s not who you were hoping for, remember verses 9 and 10 of Romans 13:

If you are wanting to be seen as righteous, do it by loving. It’s literally the best thing you can do.

I’d love your non-bashing comments below. If we can have uplifting dialogue, we’ll do more for one another than putting each other down. Thank you for supporting us. You can also email me at raph@newtoworship.com or submit prayer requests at prayer@newtoworship.com.