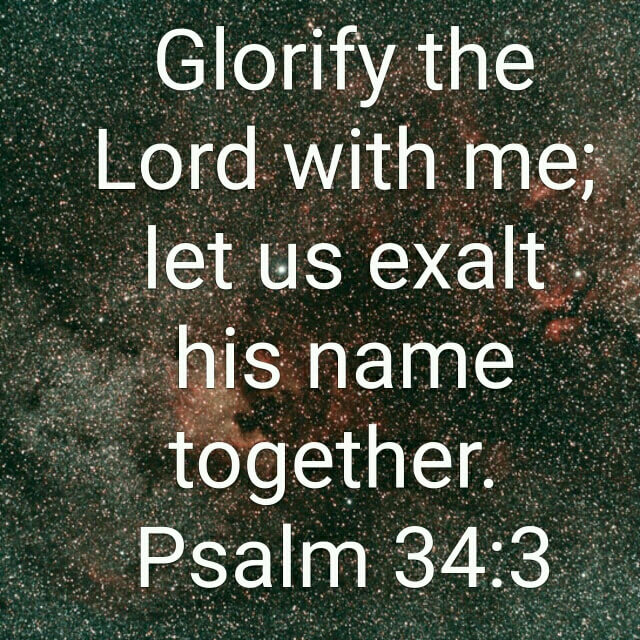 This is a verse I use every Sunday when I start the music section of our service. I originally found it while searching for a verse to be a recurring message to the people in the service I was worshipping with. It may seem repetitive, but it’s a reminder to me more than anything. On the surface, it’s just a command or invitation to worship.  However, the origin of this goes much deeper. We should use it as a constant reminder to praise God at all times.

Where Did it Come From?

I’m a firm believer of context. You can read the whole chapter to get the whole context. Once there,  you can see that David wrote this when he pretended to be insane and was sent away. What’s that all about? I’ll talk about that a little later. You also see that this Psalm is an acrostic. Of course this doesn’t mean much in English, but in the original Hebrew, each verse starts with a letter of the Hebrew alphabet. I didn’t know that until I started really searching for meaning in this scripture. but I thought it was a cool thing to learn! This scripture I found had a bit of a story behind it. The entire Psalm seems to be pretty optimistic. The wicked will die, the righteous will be rescued, and everything will end happily ever after. However, this was the start of a very trying time for David. He had gone from being the King Saul’s trusted servant to facing his jealous wrath in a very short time. People would sing songs like, “Saul has slain his thousands, and David his tens of thousands!” Saul had basically gotten jealous of David because David was such a good soldier. He gained prestige and popularity among the king’s people. David got warned and fled! I would too!

The Story Behind It

So when did D 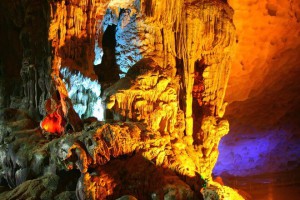 avid act insane? It was just after he fled from Saul. This is found in 1 Samuel Chapter 21. In the chapters leading up to this one, David felt that his life was in danger and leaned on his friend, the king’s son, to confirm that that’s what the king was trying to do. When he found that it was true, David started to get out of town! He took up the sword of Goliath (who he slayed with a sling and a stone) and fled to Gath. I’m not sure if he was hoping this would get him away from danger or not, but he turned to the Achish king of Gath. Upon seeing David, the servants of the king then said:

“Isn’t this David, the king of the land? Isn’t he the one they sing about in their dances:

“‘Saul has slain his thousands,     and David his tens of thousands’?”

This didn’t comfort David at all. See, you have to understand that David lived to serve God. He also knew his place when there was a king on the throne and did not wish ill of king Saul. Anything that made him appear to be above the king was something that David rejected. And in the presence of high authority people were calling David the King…again putting him above Saul! David immediately started acting insane! He made marks on the doors and walls and let saliva run down his beard. Apparently, the Achish king didn’t want anything to do with him then! He had to turn and run again after this. He was leaving everything he knew when he fled the presence of King Saul, and now probably felt that he couldn’t turn to another ruler for shelter either. He ended up fleeing to a cave. And it was at this point that David wrote Psalm 34.

So, What Does This All Mean?

Basically, I boil it all down to this: in the midst of joy AND hardship, we can still glorify God–and it’s better with company. David had a fantastic habit of turning to God and exalting His name even when he felt pressed from every side. It seems to be a tendency among an uncomfortable amount of people to blame God for their situations. If something GOOD happens, then “Thank God,” right? One thing I like about this verse is that there is no time frame. It doesn’t say “Glorify the Lord with me when things are good” or “exalt his name when you feel blessed.” It’s a standing invitation. I think this is very fitting when it comes to using this on Sundays with all of that in mind. When we go into church gatherings on Sundays or whenever during the week, we are attending during all stages of our lives. We have financial issues, health issues, relationship issues, problems with our jobs or cars, or a plethora of other things that can keep us from smiling temporarily. Most of us, though, didn’t have the ruler of the land doing a personal head hunt for us, though. We can always turn to God and thank him for what He’s done, and just marvel in His majesty. Praise His name always! And if you see me doing it, please join me!

3 Join me in spreading the news; together let’s get the word out.

3 O magnify the Lord with me, and let us exalt his name together.

3 Come, let us tell of the Lord’s greatness;     let us exalt his name together.

What do you think? How can this help your faith life today? Please leave comments below!